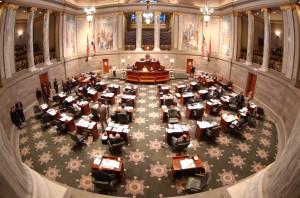 Brown said caps are important for doctors because of the uncertain costs of medical malpractice insurance.

“I think it’s important that we get something done that gets some certainty,” Brown said

In previous years, the caps had been blocked. Last year, Senate Majority Leader Ron Richard, R-Joplin, said he had trouble getting it past “our Republican lawyers.”

“We’re much closer than we’ve ever been,” Sifton said.

Missouri had caps on claims from lawsuit in place from 2015 to 2013, at which point they were overturned by the Missouri Supreme Court.

The bill needs another vote before it can go to the Missouri House, which passed its own bill, with a much smaller caps, earlier in the week.