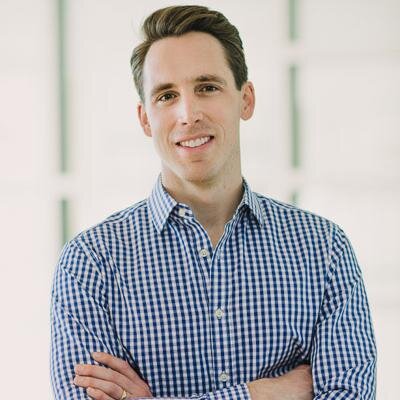 The U.S. Supreme Court will hear oral arguments today in what is known as the Hobby Lobby case, a lawsuit challenging the Obama administration over a provision of the federal health care law mandating insurance plans cover many forms of contraceptive care.

Josh Hawley, a constitutional law professor at the University of Missouri, is one of a dozen lawyers in Washington, D.C., this week on Hobby Lobby’s behalf and has helped prepare briefs and oral arguments for the justices to consider.

At issue is whether a private, for-profit business, in this case Oklahoma-based Hobby Lobby, can have First Amendment religious beliefs. Members of the Green family, who own and operate 500 of the company’s arts-and-crafts stores across the country (including one in Joplin), question whether they should be required to pay for insurance plans that cover forms of contraception that they find objectionable on religious grounds.

Hawley said the case would not impact the broader employer mandate or other provisions of the law — only the contraceptive mandate in the context of whether a business (often considered a “person” for the purposes of federal law) can object to something on First Amendment religious grounds. Other parts of the First Amendment, like freedom of the press, have been applied before to companies like the New York Times or even the owners of The Joplin Globe, and the freedom of speech has been applied in the Citizens United case allowing corporations to spend money on political campaigns.

“The issue is whether or not business people can run their business according to their religious convictions,” he said.

The company argues that if it was to follow its religious beliefs and violate the contraception mandate — which was actually added by federal regulators — that it could be fined some $475 million annually. Hobby Lobby won at the appellate level, and it was the federal government that asked that the case be taken up by the Supreme Court. In this case, the company has objected to four of the 20 legal contraceptive drugs that they believe could lead to abortion. “Of the 20 legal forms of contraception, the Greens have no objection to and are already paying for 16,” he said.

The federal government has responded that for-profit companies like Hobby Lobby do not exercise religion at all — it is their owners who do, and in other instances in federal law, businesses and the individuals that own them are considered separate. Additionally, the government argued that the businesses that have received exemptions from the law only temporarily and will not be exempted forever. The federal government added that giving a for-profit institution the same type of exemption that law has often reserved only for non-profit entities and religious organizations like churches would weaken “the special place of religious institutions in our society.”

In its own briefs, the government has said that ultimately, the business’s connection to the contraception is too indirect — it is the female worker who is deciding to use the contraception through her own insurance plan, not Hobby Lobby itself.

Hawley said there were a couple of cases in the middle of the last century in which the Supreme Court considered claims brought by businesses asserting the federal government had infringed on religious liberties. Those cases, however, had to do with sole proprietorships, not corporations like Hobby Lobby.

Hawley said in precise form, the issue of whether a for-profit corporation has religious liberty rights is an “issue of first impression” for the case, part of which may be why the case is getting so much attention.

Paul Clement, the former U.S. solicitor general (who argued on the government’s behalf before the Supreme Court from 2004-2008), will actually be answering questions from the justices. Hawley – who had previously clerked for Chief Justice John Roberts and had argued four cases before the court — said the Supreme Court made a rare, late decision to add an additional 30 minutes of time to the case, signaling their significant interest in it.

Hobby Lobby’s attorneys have requested the justices use what is called “strict scrutiny” — the most strict form of judicial review used by American courts. The judicial doctrine requires a law to be narrowly tailored and to meet a compelling state interest in order for it to be upheld by the court.

After lawyers present their oral arguments today, Hobby Lobby’s case will rest in the Supreme Court’s hands. Hawley said the decision could come as late as June of this year, the last month of the court’s term.

More on The Joplin Globe:

← Missouri Senate on Medicaid expansion: “It’s not happening”
For the first time in 140 years, a major party in Missouri to sit out on statewide race →