Lawmakers spent the day on Thursday approving 14 budget bills after conferees met earlier in the week to hammer out the differences between the House and Senate plans. All in all, the legislature’s budget is $1.28 billion smaller than Nixon’s.

“From making college more affordable to expanding services for Missourians with developmental disabilities, this budget includes many of the priorities I laid out earlier this year,” Nixon said in a statement after the vote. “These smart, strategic investments in our future are made possible by an economy that continues to pick up steam.” 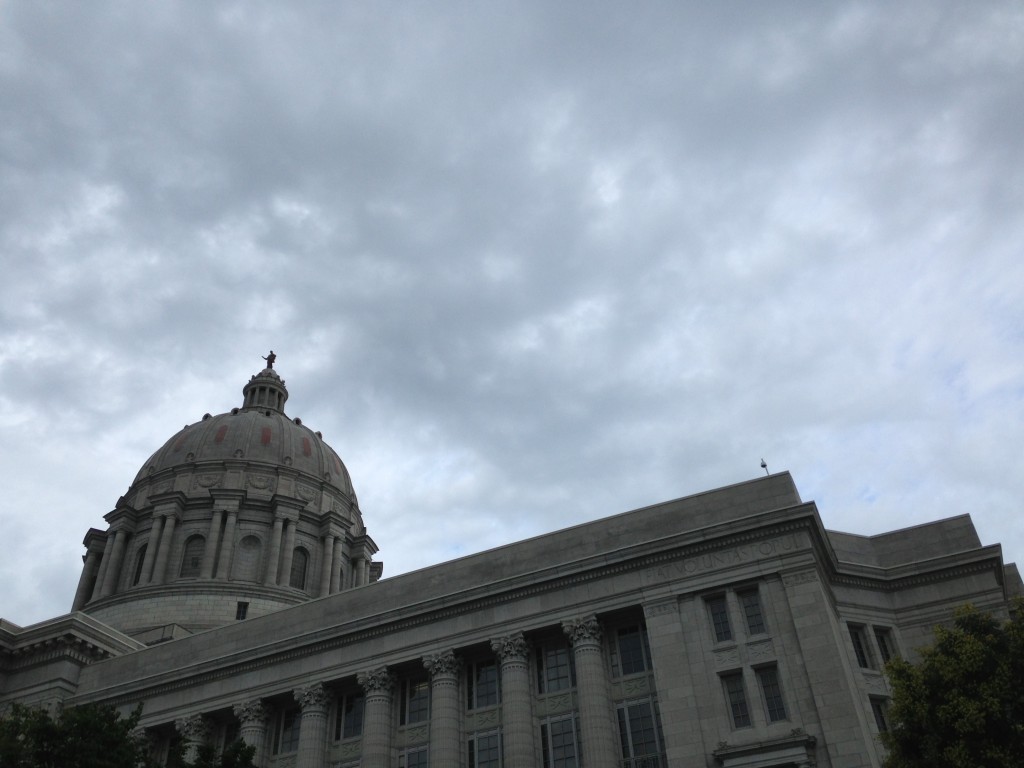 The General Assembly’s budget for K-12 education includes more than $300 million in new spending, including a $238 million boost to the foundation formula. But, $163 million of that is contingent on increased revenues from a newly formed surplus revenue fund.

Earlier in the year, legislators and the governor were split on their consensus revenue estimate, causing the legislature to form the contingent fund for any revenue that comes in above 4.2 percent growth. It is unclear whether Missouri’s revenues will adequately meet the necessary increase in order to fund the surplus fund.

“Revenues are flat right now, but most people in the state believe the revenue situation is going to improve,” House Budget Committee Chairman Rick Stream, R-St. Louis, told reporters after the vote. Speaking on the House floor, Stream noted, “The foundation formula is funded at its highest amount in the state’s history.”

Nixon, in his statement, was critical of the legislature’s decision to use “conditional funding” in its boost to the foundation formula.

“Quality public schools are vital to the strength of our communities and the health of our economy, but many in this legislature simply don’t agree,” he said. “For example, the legislature has chosen to subject K-12 education to a conditional funding mechanism that creates uncertainty for local school districts

The budget also includes funding for preschool programs in failing school districts, part of Stream’s focus on the issues facing the Normandy School District this year.

Lawmakers budgeted an additional $80.8 million for higher education for fiscal year 2015, still $31.4 million short of Nixon’s request. The General Assembly included a 5 percent performance based funding increase for both four-year institutions and community colleges, totaling $43.4 million. It also includes $6.7 million for the A+ scholarship program.

The legislature’s 2015 budget includes some $200 million for the construction of a new Fulton State Hospital to replace the aging facility, which is in dire conditions. The move was praised by Rep. Jeannie Riddle, R-Fulton.

“Fulton State Hospital is the most dangerous facility to work in the state of Missouri,” Fulton said. “If Fulton state hospital were in the business world or an industry, the working conditions that are there would never have been allowed to continue.”

Rep. Ed Schieffer, a Democrat who is challenging Riddle in a state Senate race later this year, praised Riddle’s work on the bill, and said a rebuild of the facility could “become a reality” this year.

“The people who need the help this hospital provides cannot be on our streets or our homes. They have to have professional help,” he said.
“This new building will make it safe for state workers to be in the building.”

Nixon praised the legislature for signing on to his proposal to fund the new maximum-security psychiatric facility using bonding.

The budget does not include millions in federal funds being made available to states to expand Medicaid, as requested in Nixon’s budget.

State Rep. Noel Torpey, R-Independence, said “it is unfortunate” there was no movement on the issue, and that hoped the legislature would revisit the issue when they return next year.

“Whether you think the health care law is the greatest thing since slide bread or a train wreck, it is the law of the land. We have a chance to make it better,’ he said. “I’d hope we’d take the opportunity to make a poor law better.”

The debate in the House came just two days after an outburst from clergy upset about failure to expand Medicaid shut down the state Senate for more than an hour. Nixon was critical of the legislature’s “failure” to expand Medicaid.

Lawmakers included an item in the budget for the Department of Economic Development that would allow them to use $5 million to solicit the 2016 Republican National Convention to Kansas City, Mo. A handful of were critical of the provision, which they claim amounts to the state directly aiding a political party.