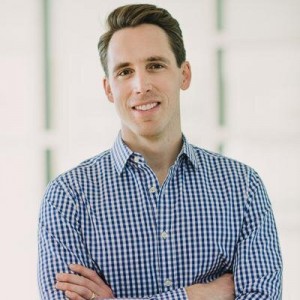 – University of Missouri-Columbia law professor and constitutional lawyer Josh Hawley has launched the Missouri Liberty Project, an organization that describes itself as “formed to fight government overreach, defend the U.S. Constitution, and inform citizens about the need for limited government.”

“We are launching Missouri Liberty Project to give ordinary Missourians a chance to make difference, to have a voice, and to take part in some of the most important constitutional cases in the country,” he said on Thursday.

Hawley has perviously appeared in places like Springfield and St. Louis at Republican events speaking about the issues Missouri Liberty Project says it will address, and his name has been tossed around by Republicans as a potential candidate for public office in the future.

“This case is about the right of every businessperson to run his or her business according to their deepest convictions,” he said in a statement. “The Hobby Lobby case is not an isolated incident. There are Missouri citizens every day who are the victims of government overreach and Missouri Liberty Project will help give them a voice.”

Hawley will be in Washington next week for oral arguments when the case is heard before the U.S. Supreme Court.