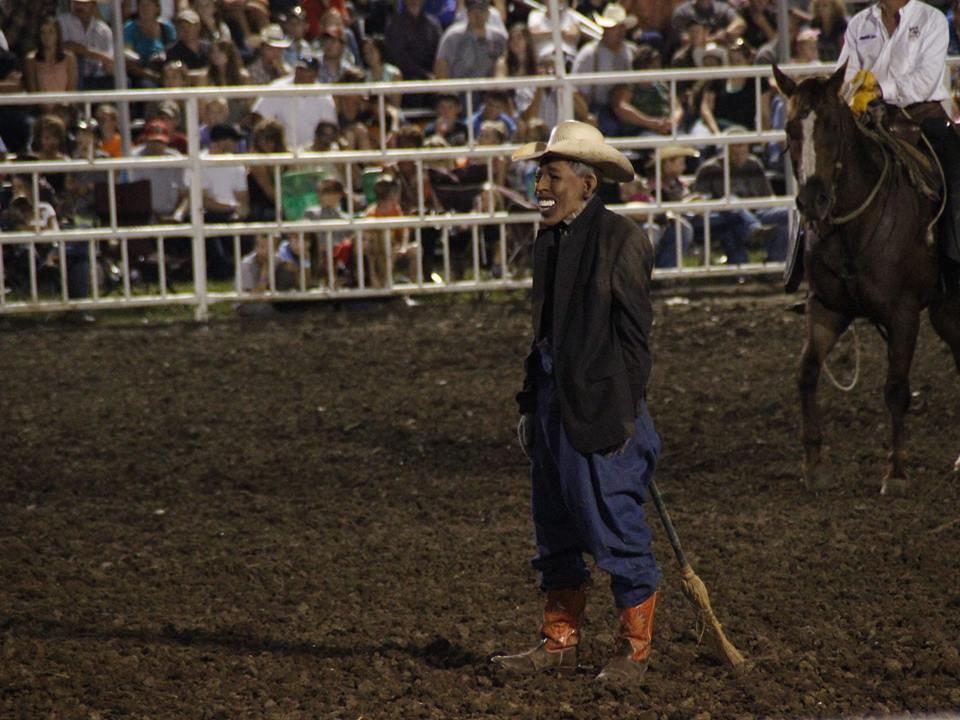 A clown dressed as President Barack Obama was taunted by an announcer and chased by a bull at the Missouri State Fair on Saturday evening. (Photo: Show Me Progress)

– A rodeo performance at the Missouri State Fair Saturday night featuring a clown acting to be President Barack Obama being taunted by an announcer and chased by a bull drew bipartisan condemnation on Sunday.

After hours of silence, the Missouri State Fair weighed in Sunday night with a two sentence statement.

“The performance by one of the rodeo clowns at Saturday’s event was inappropriate and disrespectful, and does not reflect the opinions or standards of the Missouri State Fair,” spokeswoman Kari Mergen said. “We strive to be a family friendly event and regret that Saturday’s rodeo badly missed that mark.”

According to an account published on the Democratic-leaning blog ShowMeProgress.com, a voice asked “if anyone would like to see Obama,” portrayed by a masked clown, “run down by a bull.” The crowd reportedly cheered, until the “bull came close enough to him that he had to move.” According to the account, at that point the clown “jumped up and ran away to the delight of the onlookers hooting and hollering from the stands.”

“Watch out for that bull, Obama,” he said at one point. Ficken was unresponsive to requests for comment on Sunday, but he told MissouriNet that it was not his voice being heard during most of the controversial performance.

Republican Lt. Governor Peter Kinder was one of many Missouri political figures on Sunday to condemn the performance.

“The @MoStateFair celebrates Missouri and our people. I condemn the actions disrespectful to POTUS the other night. We are better than this,” he wrote on Twitter. “I love the @MoStateFair and will attend this week. I implore @GovJayNixon to hold the people responsible for the other night accountable.”

Nixon was on hand Sunday afternoon for military day at the State Fair, but his office was not responsive to a request for comment.

State Rep. Jeremy Lafaver, D-Kansas City, said he would not attend the annual State Fair in light of the comments, and threatened to attempt to cut some of the event’s nearly $400,000 in annual state funding.

U.S. Sen. Claire McCaskill, also a Democrat, said Sunday that she believes someone should “be held accountable” for the “stunt.”

“If what’s being reported is true, then it’s shameful and it’s unacceptable,” she said. “The State Fair is funded by taxpayer dollars, and is supposed to be a place where we can all bring our families and celebrate the state that we love. But the young Missourians who witnessed this stunt learned exactly the wrong lesson about political discourse—that somehow it’s ever acceptable to, in a public event, disrespect, taunt, and joke about harming the President of our great nation.”

In his own statement Sunday evening, Gov. Jay Nixon’s spokesman stopped short of a call for “accountability,” but said: “The Governor agrees that the performance was disrespectful and offensive, and does not reflect the values of Missourians or the State Fair.”