— Gov. Jay Nixon led a visit to the Normandy American Cemetery, where some 232 Missourians killed during World War II are buried.

Many of them were killed during the invasion of Normandy in 1944. He, along with state Sen. Ron Richard, R-Joplin, and state Sen. Ryan McKenna, D-Jefferson County, laid wreaths at the memorial to honor American troops who died in the war.

“Sixty-nine years ago this month, American soldiers – some barely out of high school – disembarked from their landing craft onto beaches not far from here, jumping into a pounding surf and often a withering fire,” Nixon said, according to remarks provided by his office. “The bravery of these young men was staggering. Under a deadly barrage, they worked their way up from ashore to join their fellow soldiers who, under the cover of darkness the night before, came into Normandy by parachute or glider.”

Below are photos of the visit, provided by Nixon’s office: 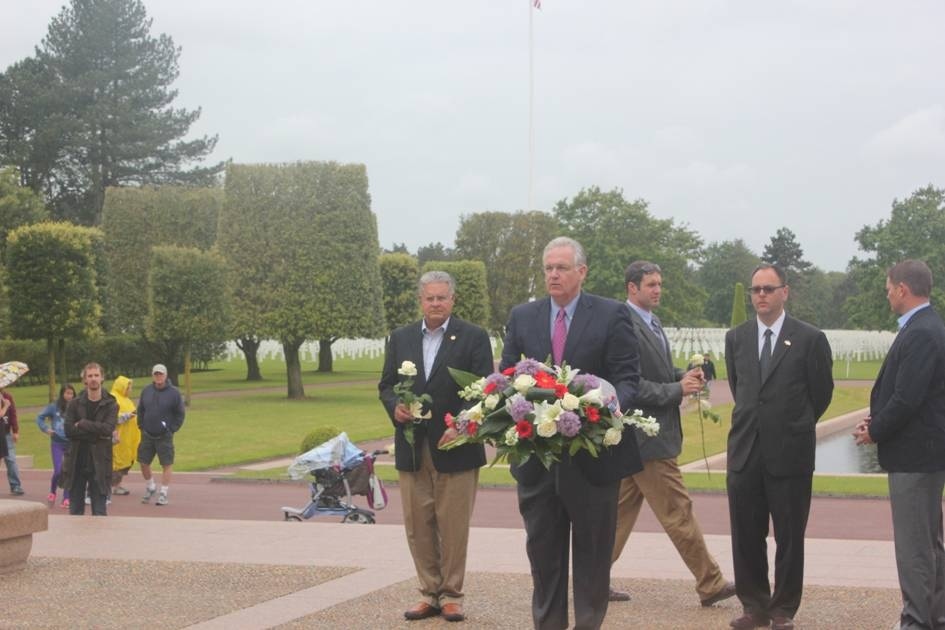 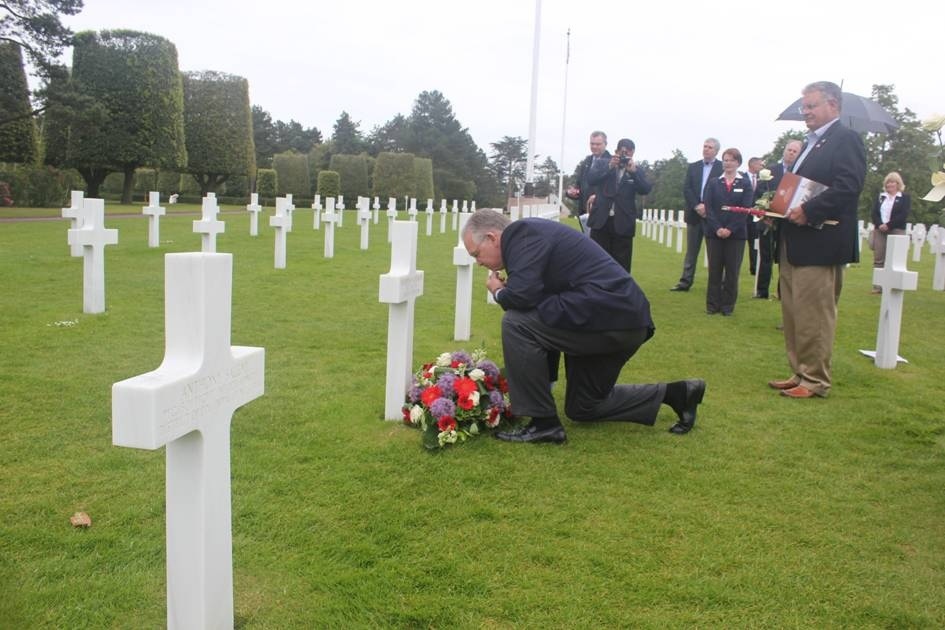 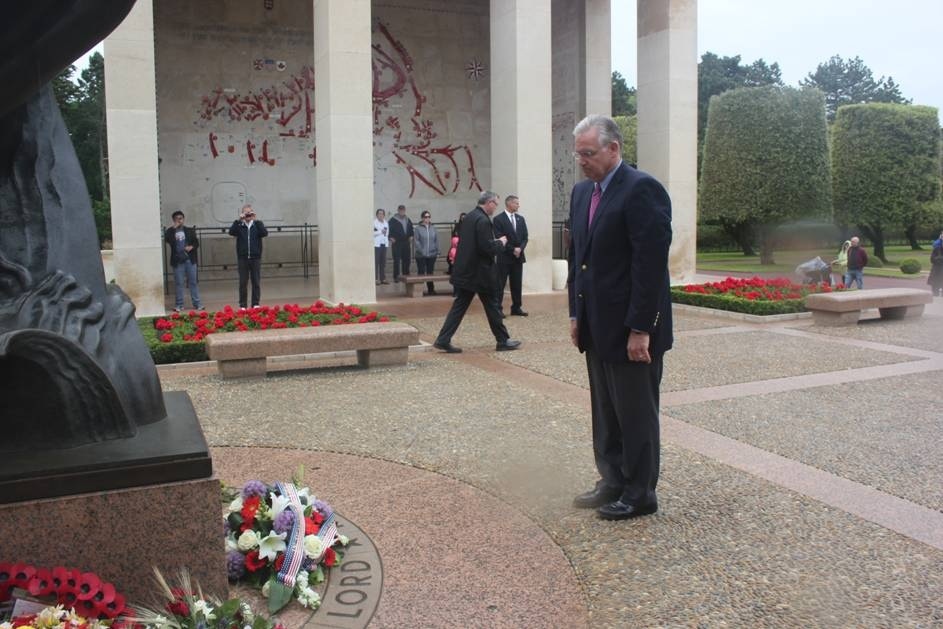