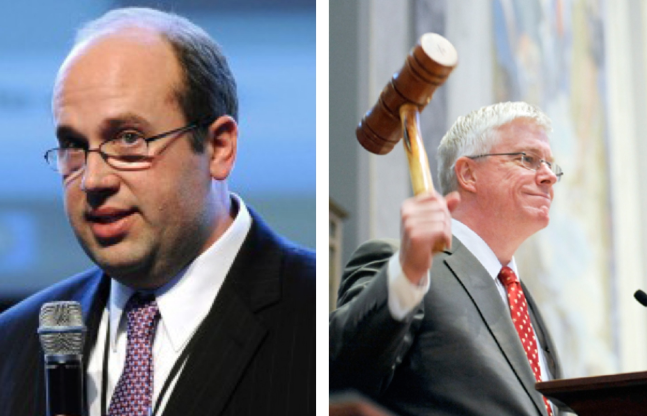 Kinder, who represented Cape Girardeau – the district’s largest population center – for 12 years in the state Senate, highlighted his opposition to abortion and pro-gun legislation, but did not take a direct shot at Smith.

“It seems like special interests have co-opted nearly every member of Congress, and it is inexcusable that these elected officials just go along with it, wasting time and money on ever-expanding government without offering the real, common-sense solutions we need,” he said in a statement. “This country belongs to the people, not the elites, and we need a voice in Congress who recognizes that.”

In a release being distributed later today, Kinder is set to tout support from David Limbaugh, Trisha LaFoe, David Schwab, and former State Rep. Mary Kasten, who hosted Kinder and the group of supporters to discuss the potential campaign.

Smith narrowly defeated Kinder earlier this year in an intra-party fight for the Republican nomination, where some 80 members of the 8th Congressional District Committee opted to support Smith.

Kinder’s chances are unclear at this point. Smith will have the Washington, D.C., finance advantage, making fundraising vitally important to Kinder’s effort. A well-funded and well-disciplined Kinder – who has been winning races in the region since Smith was 12 years old – will certainly be able to put up a meaningful fight.

Smith carried a significant majority over his Democratic rival when he was elected to the seat in June, but has never faced a primary challenge in the district.

Kinder’s filing does not guarantee a run – it simply allows him to begin to raise and spend federal campaign funds in preparation for a potential run.

In a statement to PoliticMo, Smith said he cannot imagine Kinder challenging any sitting Republican.

“Peter has spoken out several times recently about the importance of party unity and the Republican Party sticking together. Peter knows if he left the Lt. Governor’s office Governor Nixon would appoint a Democrat to replace him. Peter has been in politics for over 20 years, he knows better than to give up his office to a Democrat,” he said. “Also, I have always considered Peter a friend and I supported him in his primary last year and he has supported me in past elections. Friends just don’t run against friends.”

← Todd Akin on a future campaign: “Anything is possible”
At Republican events, Missouri Club for Growth raising money for primary challenges →